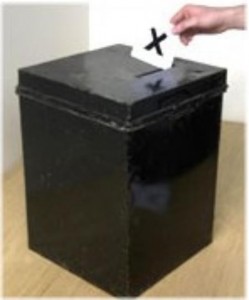 “Voters will go to the polls today in an election that is set to change the face of Irish politics.”

So says one of our nation’s well read newspapers.

I don’t have a vote in this election as I’m currently off shore and not the son of a diplomat or a soldier of our nations army. Unfortunately for me the most significant election in my 27 years as an Irishman and debatedly the most significant election the ‘Republic’ of Ireland has ever encountered, is upon us. We all know the Ireland of the last 10/15 years is no more and we all know Fianna Fail were the captains of the ship which has well and truly sank. As of right now, I’m asking myself the following question: Will my fellow Irish men and women vote for what is RIGHT for them? and what is RIGHT for our country and our country’s children? If I hark back to late last year when there were protests and people voicing their anger in whatever way shape or form they could – at the time watching that fanned the flames of my patriotism and further instilled my pride and passion for our great island. It brought with it a great sense of hope that Ireland was indeed ready and willing to break free from the corruption, greed and civil war politics that has marred our young nation’s short lived existence. As tomorrow approaches I can only place my trust in my fellow peoples and pray to god each each and every last one of them votes with the future of their (still) sovereign nation in mind and remembers the damage done by ALL those involved in said previous factors.

‘Everyone, Republican or otherwise, has their own particular part to play. No part is too great or too small; no one is too old or too young to do something’.